Wolfgang Heitmann grew up as the second of three sons in the northeastern Teufelsmoor in Niedersachsen and has already supported his parents' hotel and restaurant business as a teenager. After graduation, he completed an apprenticeship as a banker. Subsequently he studied Business Administration and Industrial Engineering at the Fachhochschule Gießen-Friedberg.

His professional career began in 1995 as a management trainee in controlling at Jungheinrich AG in Hamburg. In 1999 he moved to HR Development and was initially responsible for trainee programs and talent management. From 2004 to 2014 he was the Head of HR and Leadership Development for the Jungheinrich Group.

Furthermore Wolfgang Heitmann conducts trainings and workshops focussing on potential analysis, talent management and personality development for more than ten years. Based on his trainer qualification at the Trainer Academy in Munich, he has successfully qualified himself for a business coach certification at Fischer-Epe & Team in Hamburg. Wolfgang Heitmann lives with his wife and his two children in Ahrensburg and joins the team of E>V since 2010.

During my work as a trainer and coach I often experience that people don’t realize theirs abilities and talents and therefore can’t tap their full potential. Since the beginning of my career I deal with the question of the ideal combination between personal talents and a suitable scope of duties.

In my workshops and trainings I want to help the participants to get a clear image of their attitude, theirs values, theirs needs and theirs potentials. Consequently they will find the duty that they are especially well qualified for.

I invite you to discover your potentials. Join me in looking for your personal “power fuel” that will help you to manage upcoming challenges with more easiness and enthusiasm. This will guide you to more happiness – either occupational or personal.

"Choose a job you love, and you will never have to work again." (Confucius) 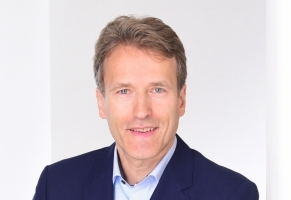